What is a Wet Reckless?

If you have been charged with a DUI or DWAI in Colorado, you may be able to have the charge reduced to something called a “wet reckless” instead.  Obtaining a plea offer to this reduced charge is beneficial for most offenders, but it isn’t easy – even if you have never been charged with DUI before.

What Does “Wet Reckless” Mean?

The state of Colorado does not have a specific crime or offense that is called a “wet reckless.” You cannot be arrested or charged with a “wet reckless” in any circumstance under Colorado law.

Instead, “wet reckless” is a made-up term that describes a specific type of plea deal sometimes offered to DUI or DWAI offenders in Colorado. If you are offered a “wet reckless” plea bargain, you will be asked to plead guilty to the lesser charge of reckless driving instead of DUI or DWAI. You will also be asked to take alcohol education classes as a part of the deal. People call this a “wet” reckless plea because the case involves alcohol and a requirement to take and complete alcohol education classes in exchange for the reduced plea.

Why is a Wet Reckless Beneficial?

If you are offered a wet reckless plea bargain and you accept, you will be convicted of reckless driving instead of DUI. Your criminal record will include a reckless driving conviction, which is not considered an alcohol-related offense. In most cases, a wet reckless will not result in an automatic suspension of your driver’s license, but this is contingent upon your prior driving history, as well as, the number on points on your Colorado motor vehicle record in the last 12 to 24 months. The other penalties for this conviction also tend to be less serious than those associated with a DUI or DWAI conviction.

Although a reckless driving conviction may be preferable to a DUI conviction, it still has significant implications. Colorado defines reckless driving as “[a] person who drives a motor vehicle, bicycle, electrical assisted bicycle, or low-power scooter in such a manner as to indicate either a wanton or a willful disregard for the safety of persons or property…” This charge is most often associated with driving that leads to serious accidents or is considered particularly dangerous.

Reckless driving is a Class 2 traffic misdemeanor, which is a major traffic offense under Colorado law. It is also considered a habitual traffic offense. If you are convicted of reckless driving, eight points will be assessed against your motor vehicle record. If this is your first offense, you will also be sentenced to up to 90 days in jail and a fine of up to $300. If this is your second offense, your sentence will include up to six months in jail and a fine of up to $1,000. Ten days of jail time are mandatory for second and subsequent offenses.

Keep in mind that receiving a wet reckless plea offer does not eliminate or change any previous license revocations or suspensions that the Colorado DMV may have already imposed because of your high blood alcohol content while driving or your refusal to take a chemical test.

What Does Colorado Law Say about a “Wet Reckless?”

For most offenders, a wet reckless plea will be very beneficial. However, this plea bargain is highly difficult to obtain in Colorado DUI and DWAI cases, even if you have never had a DUI charge before.

This means that the District Attorney cannot offer a wet reckless plea bargain unless they tell the court that they have good reason to believe that they wouldn’t be able to prove the defendant’s guilt beyond a reasonable doubt at trial. Thus, you won’t typically be able to qualify for a wet reckless unless the DA is legitimately concerned about his or her ability to obtain a DUI or DWAI conviction in court.

How Do I Get a “Wet Reckless?”

Getting a wet reckless plea offer is not easy. If you have been charged with DUI or DWAI in the state of Colorado, you should not expect to receive an offer of wet reckless automatically, even if you have no prior criminal history or previous DUI/DWAI charges. Specific circumstances may make it possible for you to obtain a wet reckless. However, in most cases, only a qualified DUI attorney will be able to analyze these complex legal issues and determine whether a wet reckless offer is attainable and be able to convince the District Attorney to make such an offer.

Keep in mind that, while wet reckless offers are rare for first-time offenders, they are even more difficult to obtain if you already have another alcohol-related offense on your criminal record. 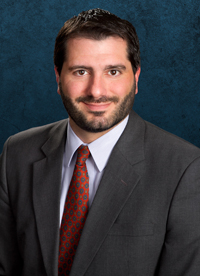 Unless you have an extremely low BAC and no prior history, any attorney who sells you on a “wet reckless” during the initial phone consultation and without reviewing your discovery should be questioned.  Again, wet reckless offers are rare and extremely difficult to qualify for, but they are nearly impossible to obtain without the assistance of a skilled DUI attorney who has a thorough understanding of Colorado law. An experienced attorney will review all of the facts associated with your case (police reports, audio/visual evidence, witness statements, etc.) first and then determine whether a wet reckless plea bargain will be possible for you.

The possibility of wet reckless offers is just one of the many reasons that individuals charged with a DUI or DWAI in the state of Colorado should consider hiring a DUI attorney. Even if your case does not qualify for a wet reckless offer, having the right DUI attorney on your side helps to ensure that you get the best possible outcome based on the facts of your case and the mitigation provided.

If you have been charged with DUI or DWAI in Colorado, call Tiftickjian Law Firm today to discuss your case.